This is Mormodes Midnight, a cross between Mormodes buccinator and Mormodes sinuata. this would be my first astray from the catasetum genus but however still within the catasetinae alliance. in the future there will be a couple more of hybrids besides the catasetums coming up and i had also pollinated this with a clowesetum and thus would be my first Fredclarkeara hybrid of my own. as for now, just crossing my finger for a "take" from the cross. 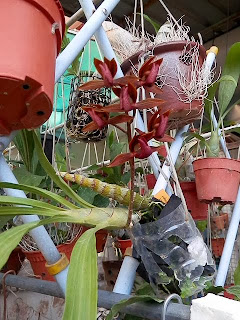 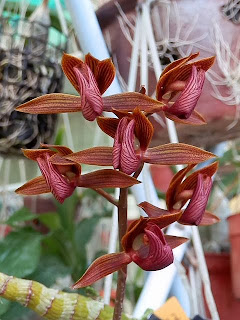 lateral of the flower, a follow up pic in a day or two for the lateral sepals would arch backwards as they mature 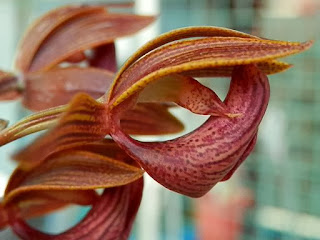 close up of the column, surprising it is twisted to one side and the pollina is easily ejected when the curled lebellum is moved 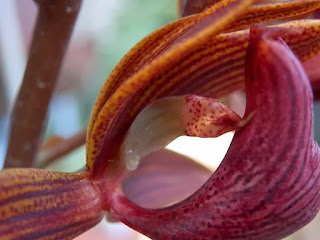 Posted by Catasetum_ian at 5:34 AM

Email ThisBlogThis!Share to TwitterShare to FacebookShare to Pinterest
Labels: Midnight