after sometime of 'dormant' attitude towards the catasetum due to work issue, finally held myself up to move the lazy bones to deflask some of them. unfortunately some of the flask had already 'expired' due to leakage from the corroded lid caused by the bleach solution, leaving a dry plant and media in it.

well, these are the survivors, and some of it are seedlings i deflask some time ago as well. also manage to replate another crosses done a few months back.

catasetum imperiale x catasetum socco, the lazy me chose a larger vessel and chucked all the protocorns into one single bottle, well, initially it was covering about quarter of the surface but eventually it became a mini jungle as shown in the picture below. well, took me a long time to separate the roots but eventually ended up cutting most of them off as they are too entangled to each other 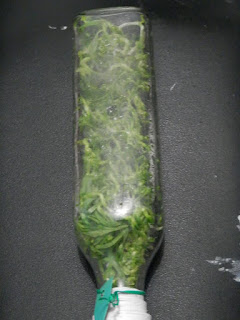 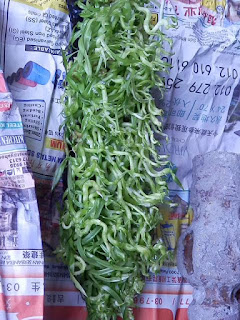 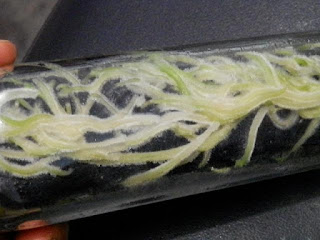 catasetum ciliatum, not as much roots as the above, but literally need not need to cut a single root to separate them 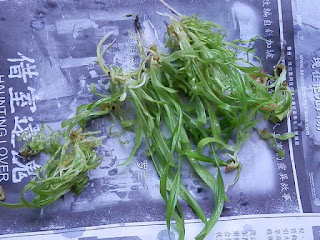 i put the deflasked seedlings into plastic bag due to the current heat wave, lost some seedling despite watering twice daily during the heat wave but did not do them any good. lost a couple of compots. 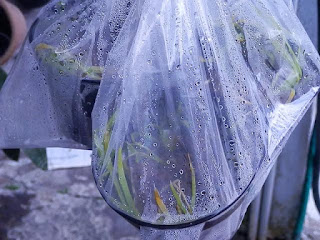 more replated protocorns, i know i gonna regret this in a couple of months 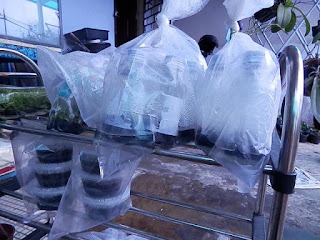 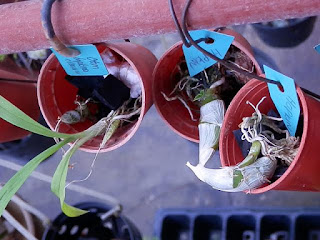 survivors of the current heat wave when i did not put the seedlings into 'sphag bag' method, catasetum incurvum 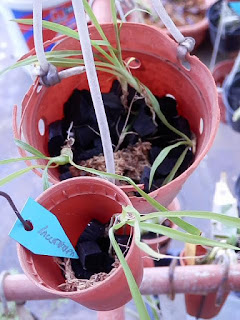 catasetum cirrhaeoides, too late of deflasking, some ended up dead in the flask while others went into dormancy, 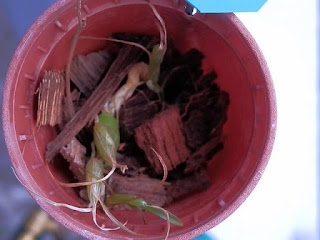 procedures of in vitro cultivation of orchids are meticulous and time consuming, rather tiring as well. anyway, lessons learned and may the knowledge be useful to me by the day i retire.
but as for now, i would say flasking is too taxing for me with my current work.

Posted by Catasetum_ian at 1:53 AM

Email ThisBlogThis!Share to TwitterShare to FacebookShare to Pinterest
Labels: deflasking