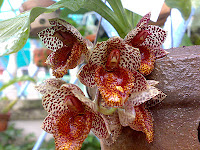 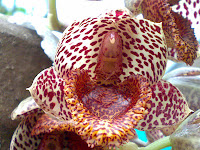 After two months of repotting it, finally setting out the second spike. initially when in came, the roots (the numbers can be counted), four of them if my memory serves me correctly were soaked in sphagnum moss. it looks a little bit moldy to me and not much of root activity which is rather unusual for a developing pseudobulbs.

hence the decision to re pot it was right though initially i am having cold feet about repotting it after all the eerie story i heard about denticulatum cultivation.
was told that these are one of those miniature catasetums, the bulb would only grow to 4-6 inches in size but however, there could be about 20 inflorescence per spike! that would be my next target to achive! 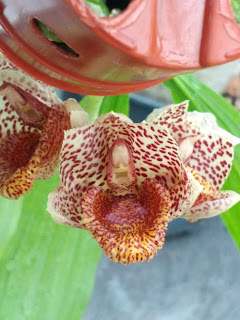 Posted by Catasetum_ian at 6:00 AM

Email ThisBlogThis!Share to TwitterShare to FacebookShare to Pinterest
Labels: denticulatum