the name is derived from the Latin word saccatus, meaning sack. referring to the sac/depression on the lip of this species but however this characteristic is shared by many other catasetums.
this species is most commonly mistaken with catasetum osculatum. however there are some important distinguishing features between this two species.
the lip of saccatum is longer than wider, the sac orifice is kidney shape while osculatum's lip is more rounded. the margin of the orifice in a saccatum is white in color or almost white while in osculatum it is often red or reddish brown in color.
the margin of the lip in saccatum is flexed from the lateral to the mid lobe section of the lip while osculatums lip is only flexed in the apical portion. the pedicle of saccatum is much longer, about 6cm while osculatum's pedicle is shorter, slightly over half the length. the spike of saccatum is pendant while osculatum's spike is erect initially and then turned pendant due to the weight of the flowers.

first few pic are the individual flowers of the saccatum, i took this before the labellum folds backwards. in some of the varieties, the lateral and the middle margin of the labellum will fold backwards. for mine, i can see the midlobe apex is folding back but the lateral lobe haven't do so. i am keeping my finger cross for the lateral lobe not to backfold because i prefer variety that doesn't.
will post more pics on the entire spike and plant as the whole spike is at its prime (in the next 2 days). but for the time being, enjoy the pics of the individual flowers. 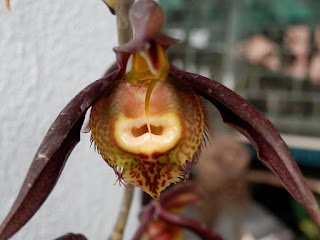 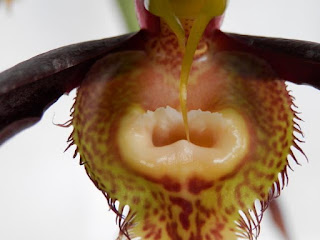 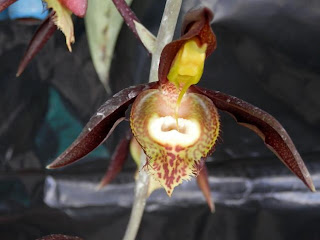 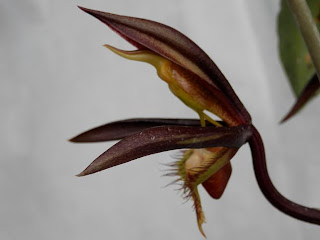 the pic below is the final appearance of the bloom, the lateral lobe of the labellum does not folds back as much as some of the other variety, only the apex lobe does. 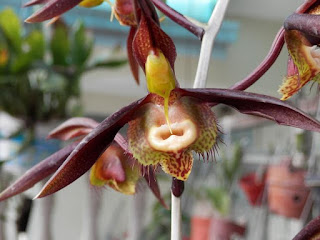 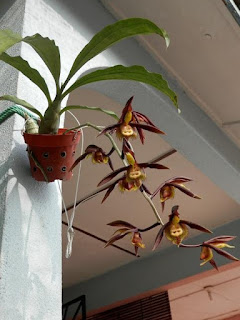 the spike in closer view below 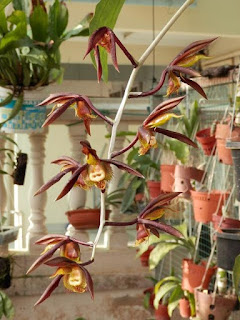 the flower span of this flower is huge, 8.2cm 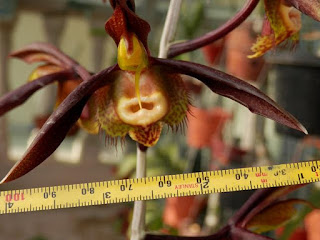 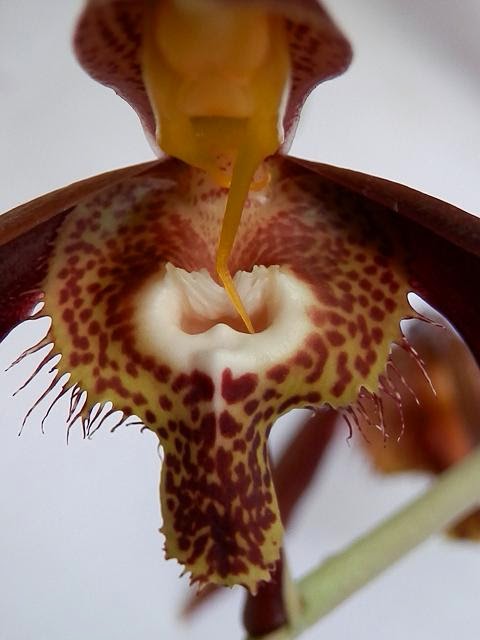 Posted by Catasetum_ian at 6:47 AM

Email ThisBlogThis!Share to TwitterShare to FacebookShare to Pinterest
Labels: saccatum