this is a hybrid between clowesetum Black Jade and catasetum barbatum . most of the Loppe Farlansiae has some red specks on the labellum but this one is totally green and white.
first pic below is actually a closeup of the column showing the appearance of the trigger pollina like structure but however this trigger is non functional as in the catasetums. just curious if a cross with a catasetum again would produce one with a functional trigger. 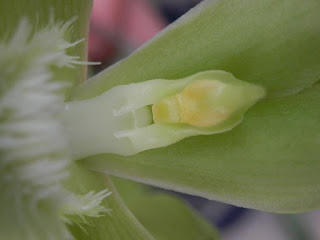 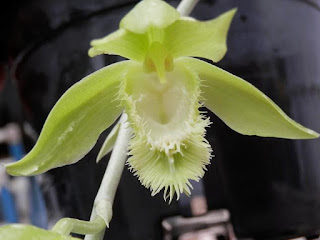 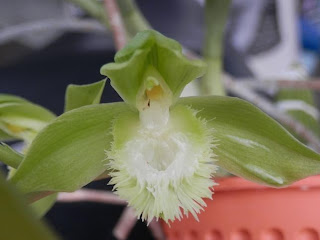 appearance of the spike, eight flowers, could not have ask for more as it is a first growth from a barebulb 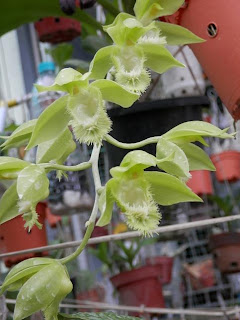 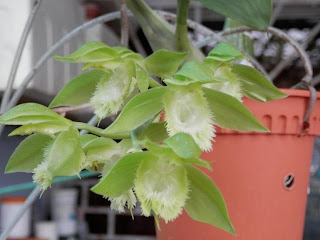 Posted by Catasetum_ian at 5:08 AM