the plant's name is derived from the word viridis (green) and flavus (yellow), referring to the color of the flower itself. this plant is easily identified by the large globoid lip, with a small conical cap on top in its non resupinated form. the flower size is relatively large.
this plant may look similar to catasetum integerrimum and catasetum maculatum for an untrained eyes.

first picture below, slightly oblique frontal view, the opening of the labellum is almost round with a notch at the dorsal part 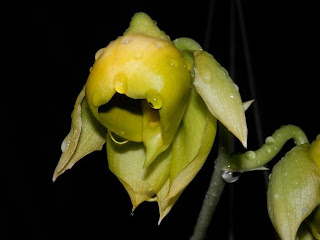 this spike had only two flowers, the characteristic of this plant is the blooms occupies only at the terminal of the inflorescence 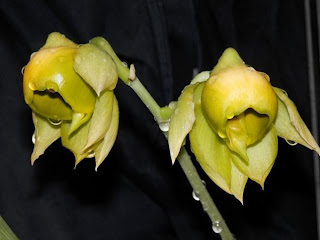 last picture below, from the lateral view showing the globous appearance of the hood with a small pointed conical cap on the top 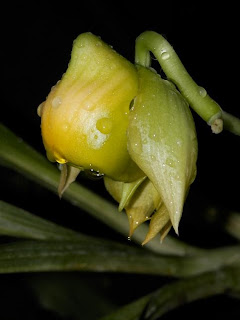 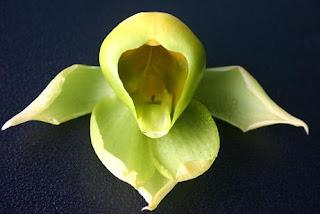 final pic here, structure of the internal labellum, something you don't often find in the internet. the wavy calluses structure, located just behind the opening of the hood 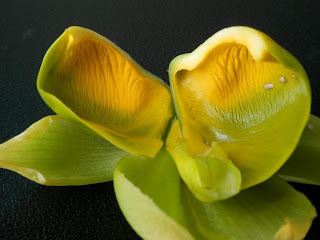 Posted by Catasetum_ian at 6:10 PM

Email ThisBlogThis!Share to TwitterShare to FacebookShare to Pinterest
Labels: viridiflavum