the first two pic here is the male flower, shown before in the previous post of atratum x purum 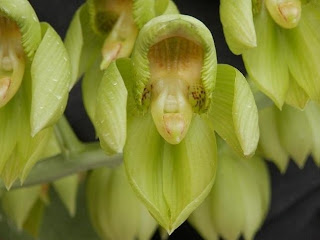 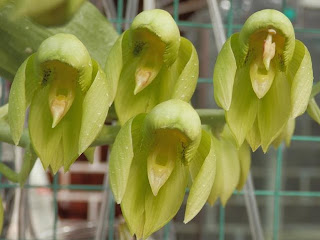 below is the pic of the hermaphrodite on the right of the picture and the male on the left. the male flower has a folded shape as though it is embracing the beak anther and the hermaphrodite has all the sepals and petals spread out. with close scrutiny, one will also notice the pair long long isoceras trigger that curls up on the inner labellum is not present in the hermaphrodite replace by a short fang like trigger 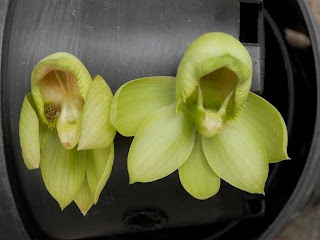 individual closeup of the hermaphordite 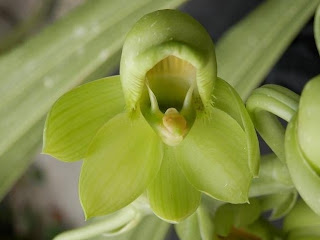 a cross section of the hermaphorite, here broad peduncles is partially sectioned as well, the red arrow is pointing towards the receptive stigmatic cavitiy. 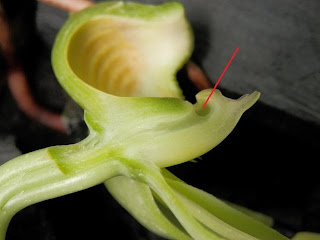 last pic, just to show the appearance of the spike, the left spike is the one with mixed hermaphrodite flowers, not only the flower are affected, initially this particular spike is more erected and had a larger peduncle diameter compare to the the other male spike indicating a female spike is forming. but the formation of the female characteristic started to end when the change of the weather here from sunny to cloudy and rainy weathers. the spike eventually arches down with formation of mixed male and hermaphrodite on the spike, however no female flowers were form. though it would be cool to have all three in a single stalk. 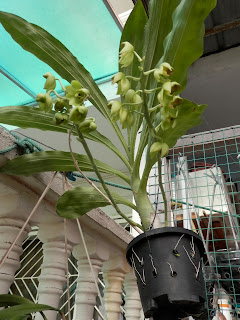