this is catasetum discolor, a close relative to catasetum ciliatum. they looked almost alike, and even till now some internet pages still regard them as synonym to each other. however when it was brought to my attention lately that these two belongs to two different species, i decided to buy this species when i bumped into it in the nursery, even though the bulb was infected at that time.
i remove the infected area and was hoping for a new growth to appear but a spike developed instead. i took the risk by letting the spike to develop because the curiosity to witness the differences between the two species.
according to internet citation, both the discolor and ciliatum have 65% genetic similarity, however, physically the discolor flower is smaller compare to the ciliatum.at the inner labellum, the ciliatum has velvety stripes that is brownish to purplish in color. the spike of ciliatum is erect while for discolor it is semi erect. 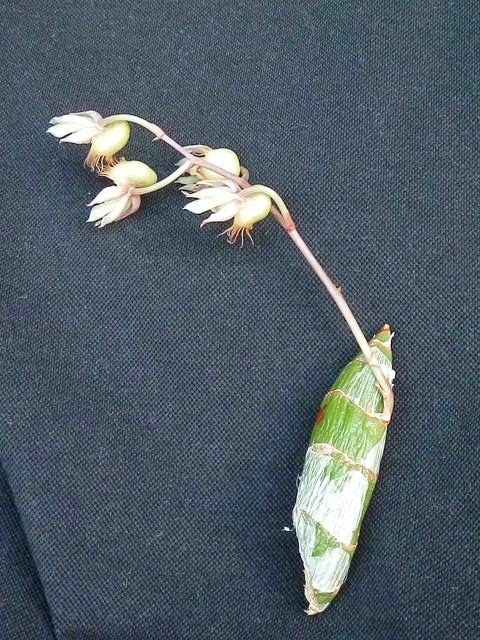 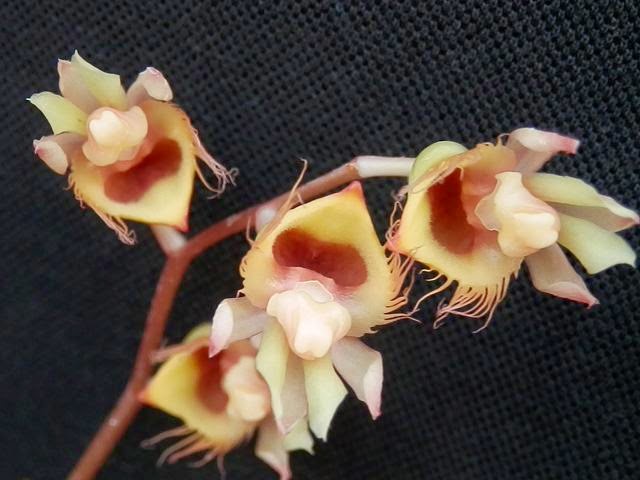 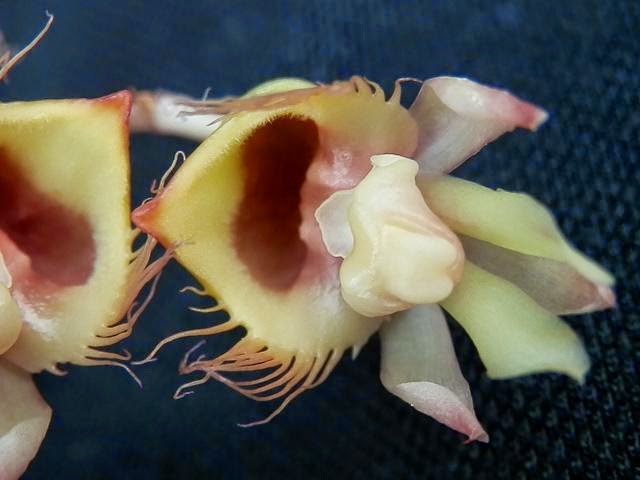 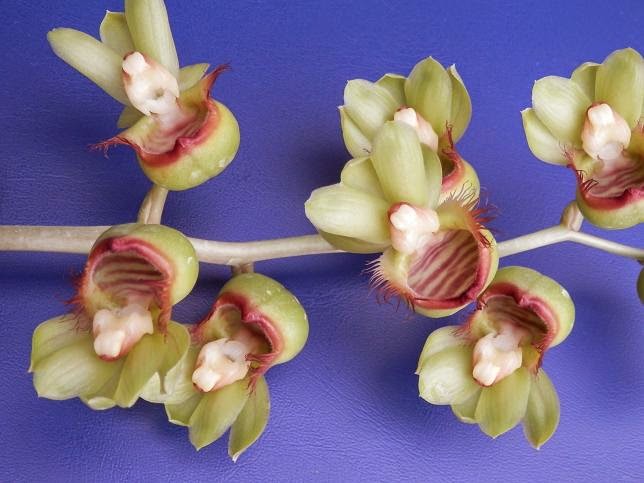 Posted by Catasetum_ian at 5:19 AM

Email ThisBlogThis!Share to TwitterShare to FacebookShare to Pinterest
Labels: discolor