i posted the discolor quite sometime ago but back then, the spike develop from the dormant bulb and thus the credit wasn't mine to claim at that time. old post of discolor

after manage to revive the infected bulb, it only manage to grow weak bulbs on subsequent growth. slowly regaining its strength, finally the plant came to the stage where it is healthy enough to produce spike.

as previously mentioned, the discolor was once though to be similar to ciliatum but they are actually two different distinct species

the spike of the discolor, they are arching in nature, unlike the ciliatum which is erected. 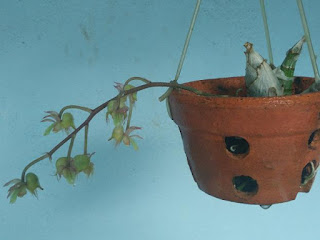 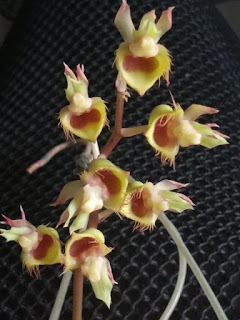 they have ciliated structure like the ciliatum but lack of the velvety line inside the labellum. 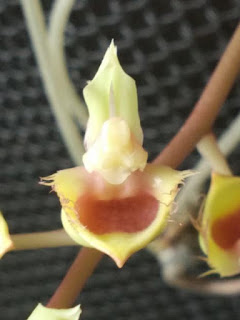 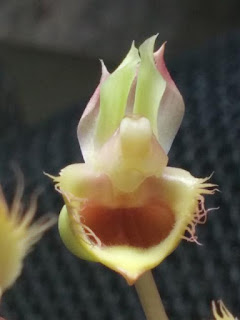 Posted by Catasetum_ian at 5:34 AM

Email ThisBlogThis!Share to TwitterShare to FacebookShare to Pinterest
Labels: discolor