this is the second blooming for viridiflavum. they sulked for sometime after i divided the plant a couple years back. however the joy was short lived as they suffer the same fate previously and this time even worst. the buds never had a chance to bloom, the spike were broken and the buds were partially gnawed by some creatures .

was able to save one bloom by putting the broken spike end submerged under water. the other bud didn't make it. however i manage to save a pollen ! 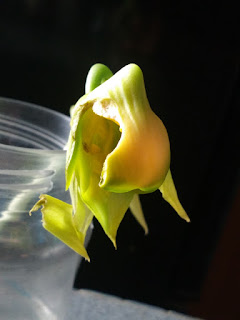 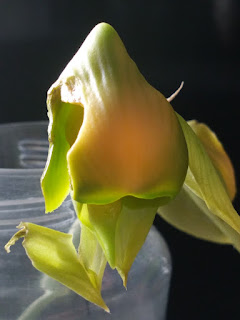 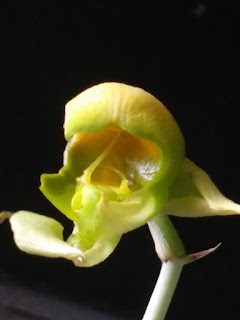 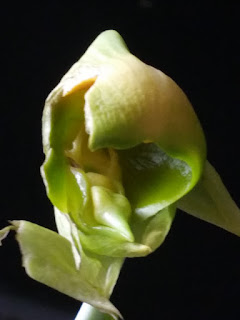 18/10/2017
this is the second spike from the same plant and for once the spike is left alone by the monkeys. the lateral sepals began to sprung open and the green globous hood starts to show color shades of yellow, both green and yellow color on the hood as implies by its name, viridiflavum. 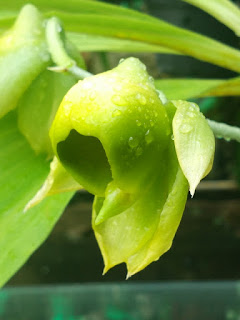 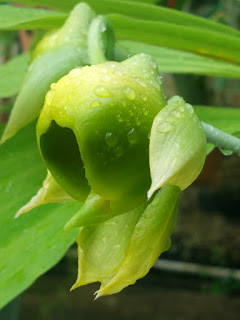 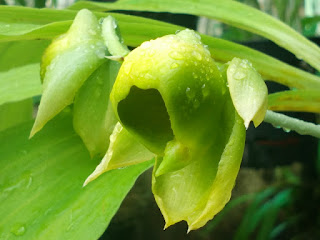 Posted by Catasetum_ian at 2:51 AM

Email ThisBlogThis!Share to TwitterShare to FacebookShare to Pinterest
Labels: viridiflavum