this plant has gave me multiple spike before but mostly are female and some are hermaphrodites. the nearest male flower i had was the last spike, under the post title catasetum naso but even though that flower was just another hermaphrodite with more male features.
this spike appears initially with three female like buds and three male buds, however the female buds turn out to be hermaphrodite flowers. i pollinated them, because according to the literature, hermaphrodite are fertile.
just to test if they can produce viable seeds.

the labellum of the naso are trilobe, with the apex lobe being pointy in appearance, usually longer compare to the sanguineum. the internal side of the labellum are dark brown to red in color with some yellow coloration. the edge of the loge are only tenaciously serrated and it is located mostly near the base of the labellum near the column. 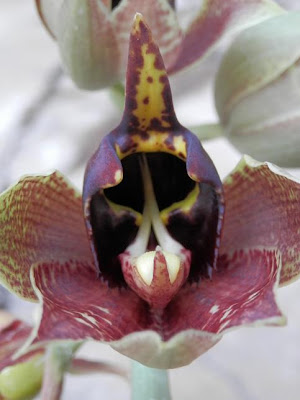 lateral view of the flower appearance of the flower spike 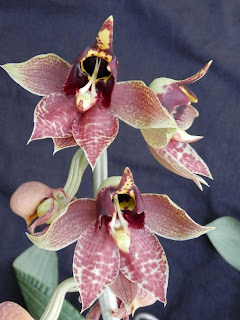 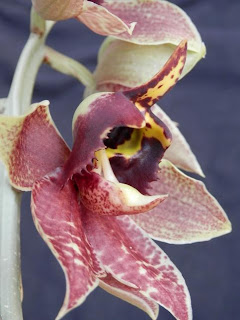 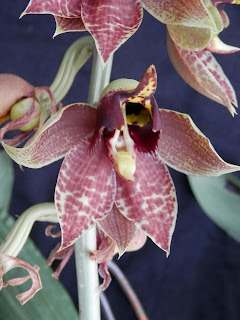 final picture below showing the measurements of the flower segment 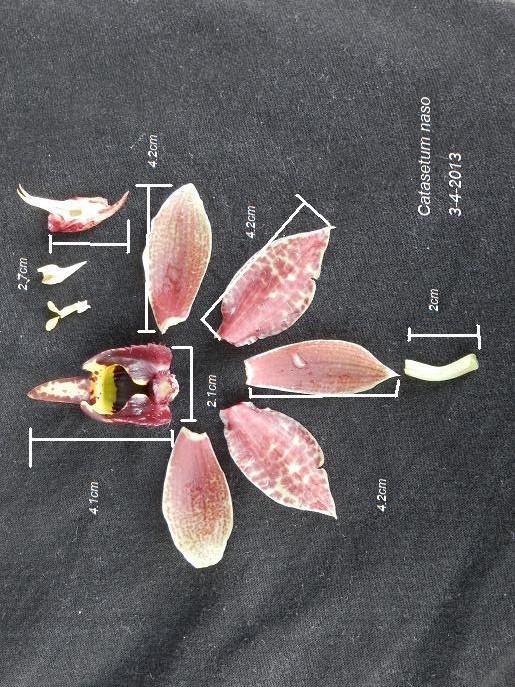 Posted by Catasetum_ian at 4:37 AM

Email ThisBlogThis!Share to TwitterShare to FacebookShare to Pinterest
Labels: naso 2013