first fimbriatum bloom for the year 2013 and also the highest count for this fimbriatum variety i had so far. sixteen of them in a spike. the smell is very pleasant, slight sweet minty type to my nose, noticeable about 4-5 feet distance from the flower. in fact it was the first smell that greeted me this morning the moment i step foot in the garden. 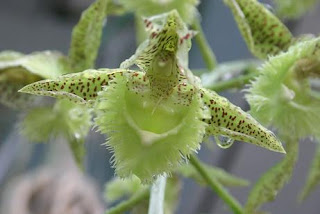 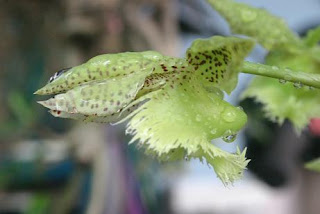 appearance of the spike 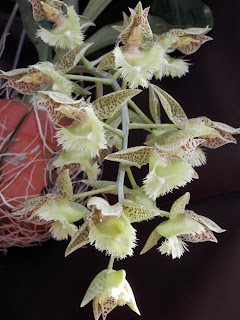 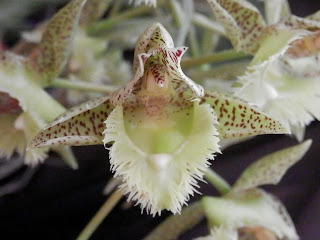 i did not trimmed the lateral sepals, they will arch to the back of the column, almost touching each other as the flower matures. the final two pic shows the position of the lateral sepals as they arched backwards. comparison can be made with the pic just above this phrase 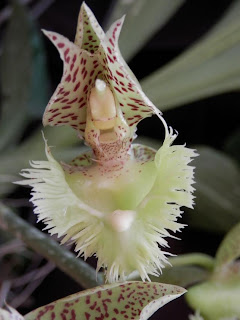 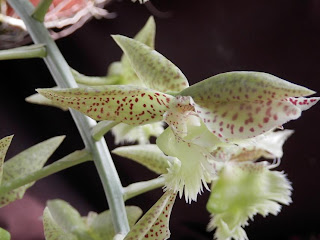 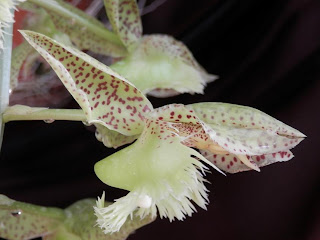 detail of the fimbriatum flower 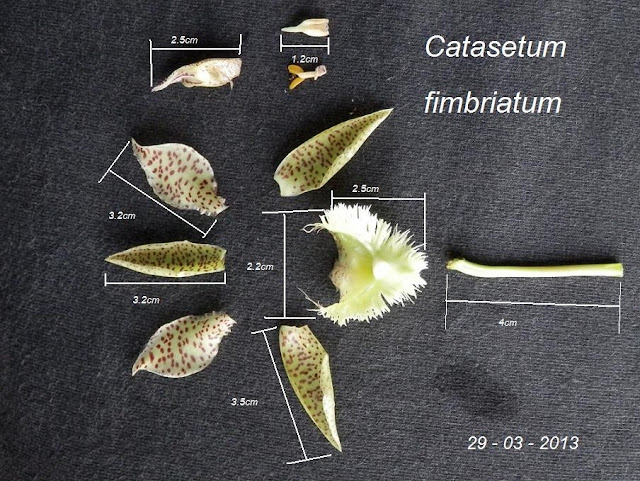 Posted by Catasetum_ian at 6:51 PM