it is well known that catasetum male flowers are form under lower lighting conditions while the female are formed under brighter growing conditions. for decades growers had been moving plants to heavier shades area to induce male flower, either for id purpose or to enjoy male blooms for the female are considered "ugly" to most orchid growers. however moving a plant to heavier shade sometimes carries some risk if they were to be moved to a too heavily shade area and later was forgotten to be moved back out under the sun. it is suggested in literature that some used aluminium foil and mold it into a shape of a cap to block the light to a developing spike. i modified the method, using a polystyrene cube and then bore a hole in the center. the polystyrene cube is about three inches in length and nearly about 2cm in diameter. the advantage of this method compared to the aluminium foil is it is almost weightless and does not carries the risk of damaging the spike due to heat conduction. this method provide shade to the developing spike without diminishing the plant of its light. i had tried this a couple of times and basically it works all the time. but bear in mind that it is easier to induce a male than a female and it you are experience enough to spot a developing female spike before the buds appear (usually the spike is with a more erected position for non erected spike species and the diameter is larger), you will induce hermaphrodites most of the times!the polystyrene cap was apply to the spike the moment it can hold the "poly-cap". i sometimes used a smaller cap, about half the size to had a earlier cap to the spike and later change to the custom size cap. 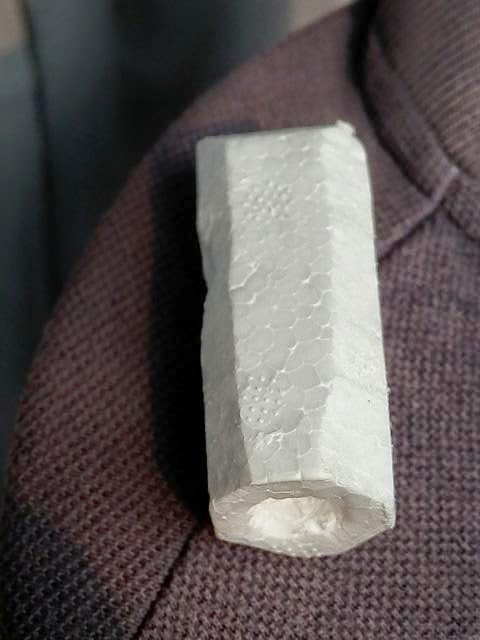 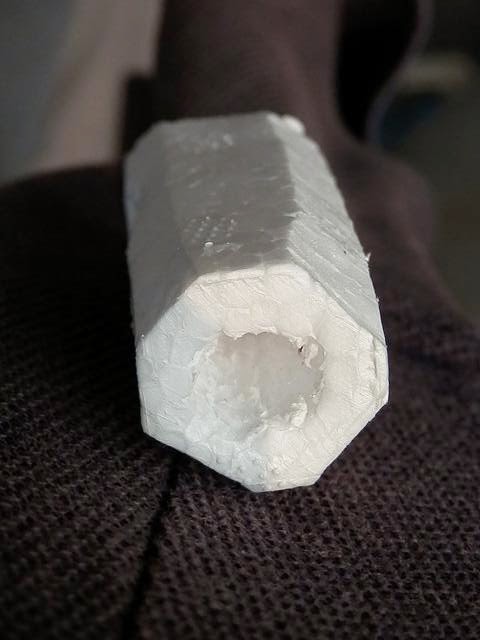 slide the cap gently down and avoid damaging the tip of the spike. 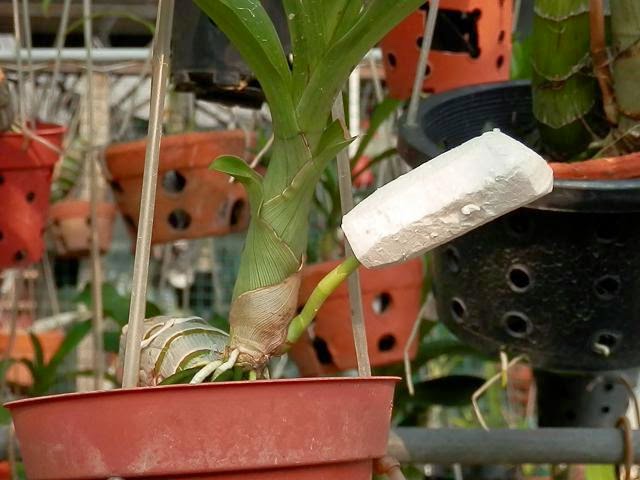 appearance of the spike after about two weeks of capping, basically this is a male spike forming, judging by the semi arching appearance and smaller diameter of the flower spike. will keep in mind to update this post once they flowered. 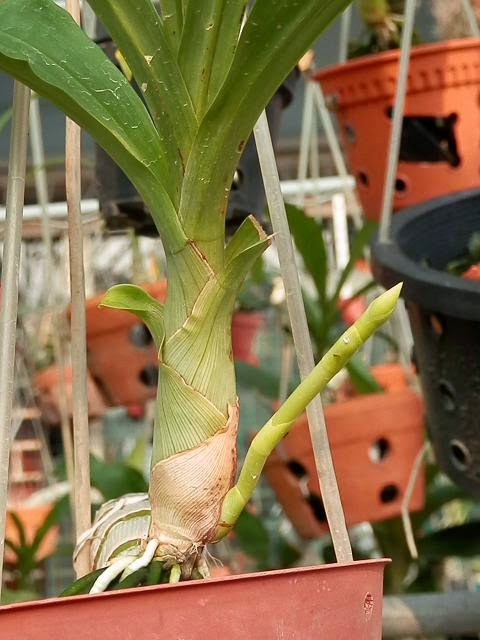 Posted by Catasetum_ian at 8:37 PM