flowers are non resupinated, the petals and sepals are held tightly against the opening of the hood. slight fragrance, and the flowers turn from green to slightly yellow as it ages. spike emerges from the base of the bulb and produces spike at the stage where the growth is still relatively immature.

the anternna residing in under the hood of this catasetum, indicating a male flower. this is a large catasetum with a very long erected spike. mine is 52.1cm and i believe mine is only a teenager planiceps. 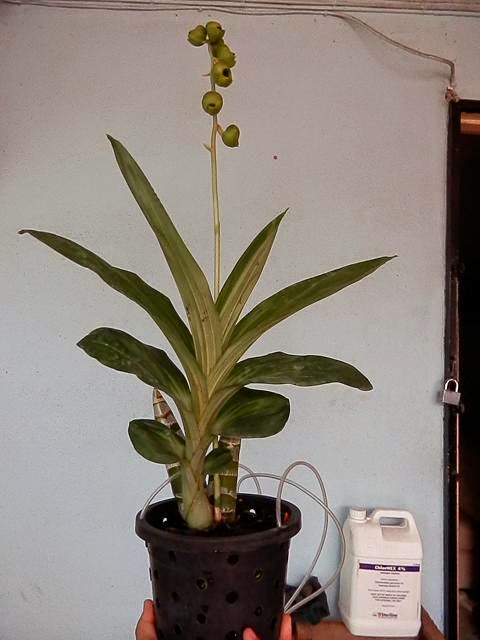 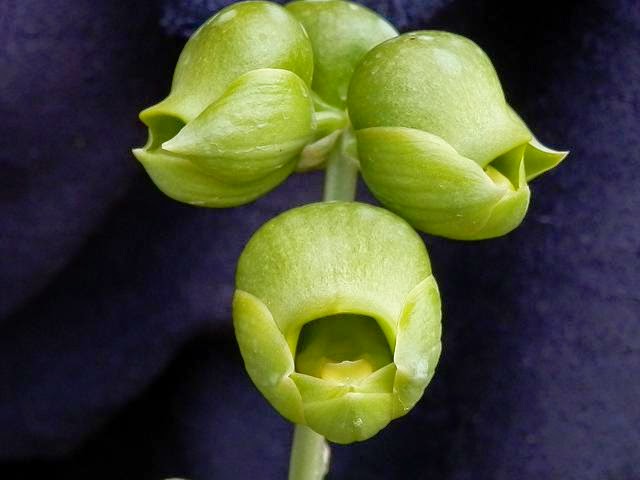 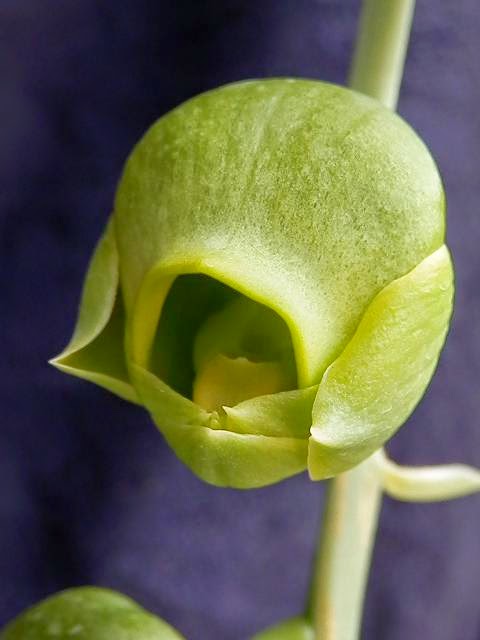 the sepals and petals are tightly clasped against the opening of the hood. the pair of isoceras antennae is visible in this view as well. the antennae run upwards and curve slightly and in the same time started to diverge from each other as they are running upwards of the inner dome. 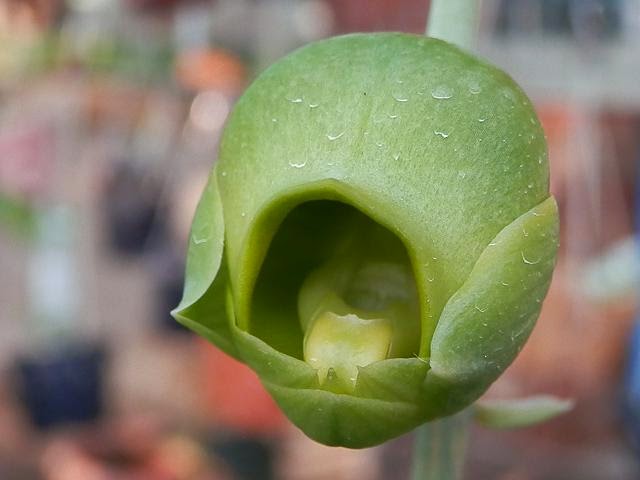 lateral view of the flower, showing the dome shape appearance of the hood with the characteristic recurvated tip of the labellum 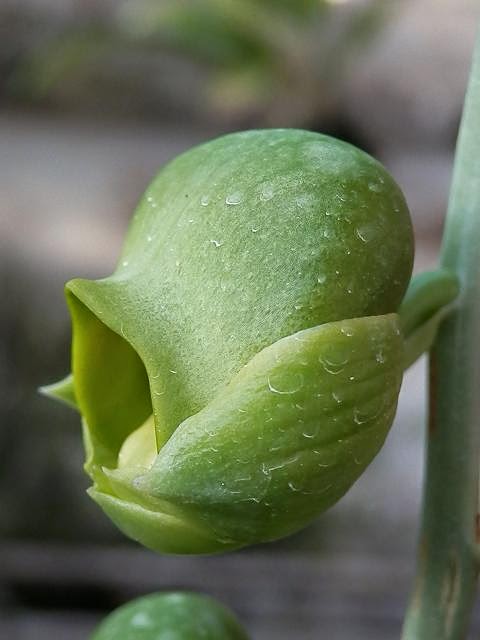 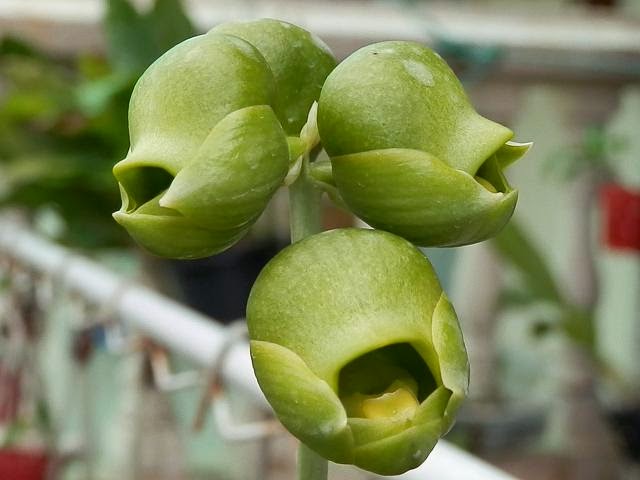 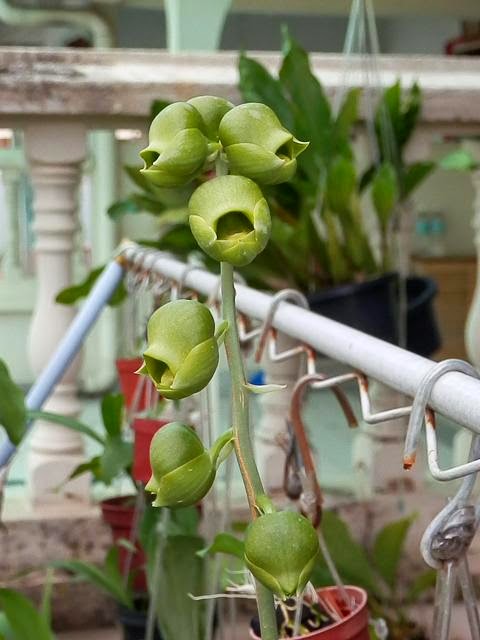 15/7/2014
IT HAS BEEN THREE MONTHS since the last spike, and yes,,,this PB haven't fully mature and had recently come out with two additional spikes. it had already been about 5 months since sprouting of this growth till this current blooming, and by next month it would be 6 months. 6 months for bulb maurity?!..including of dormancy period, this planiceps only yields only 2 to 3 bulbs per year on average basis. seems like the bigger they get, the longer the cycles 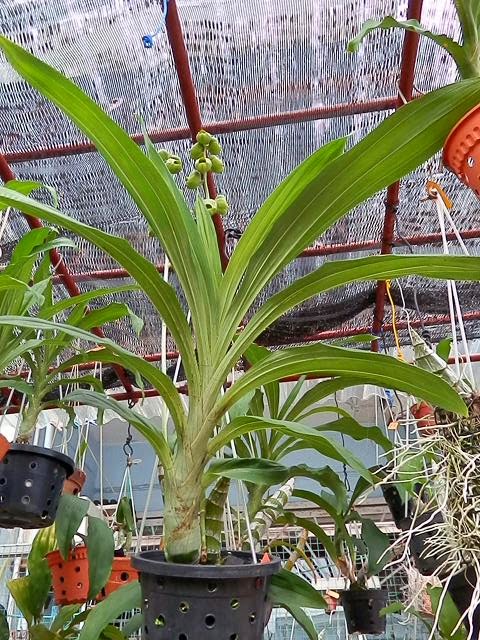 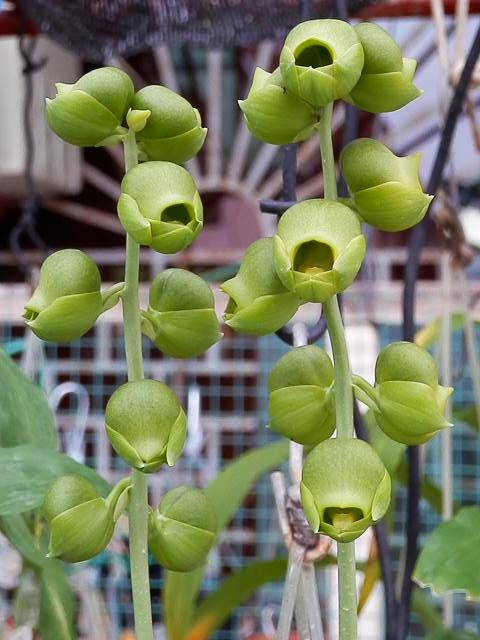 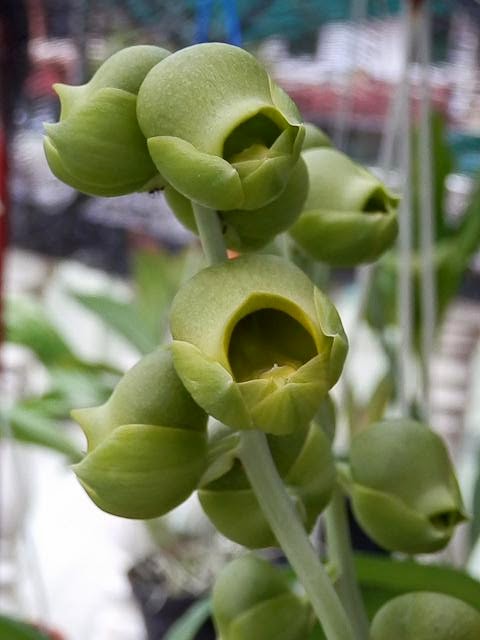 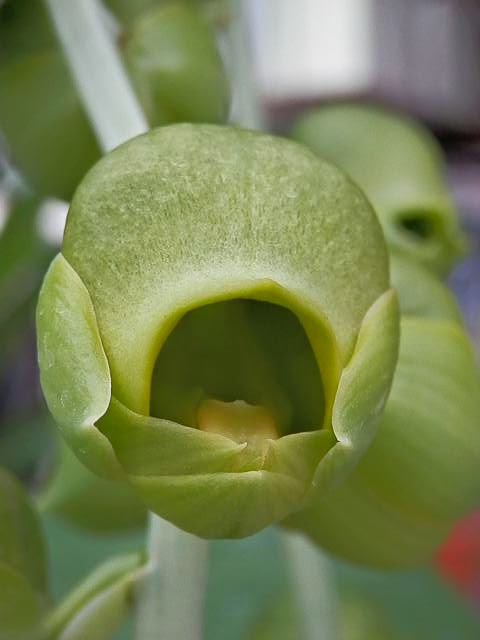 Email ThisBlogThis!Share to TwitterShare to FacebookShare to Pinterest
Labels: planiceps