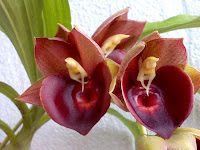 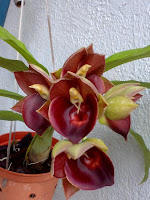 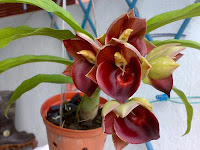 Bought this plant about two years back, wonderful deep maroon blooms. but i started my first time division soon after the first bloom because the media is basically "expired".

not long after posting the picture in the internet, several catasetum enthusiast had asked to purchase or barter trade for one of its division and before i notice it, i was left with the very last division of it and not to mention, the pseudobulb is only about 2 inches tall.
after nearly two years of reestablishing this division, it finally came to bloom after the emergence of the second pseudobulb.
flower is about 7.2 cm across and the labellum itself is 5cm across. height of the flower is 7cm tall. minty smell mix with cinnamon, sweet smelling to me. just wish to share this wonderful bloom with all the blog viewers here.

6th June 2012
second spike of the same bulb, this time with seven flowers 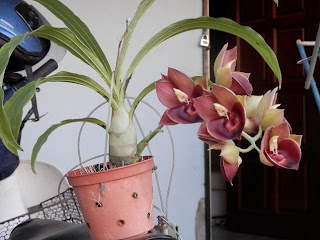 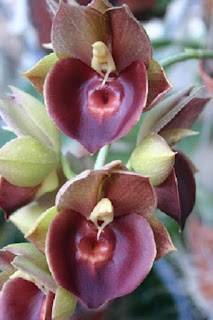 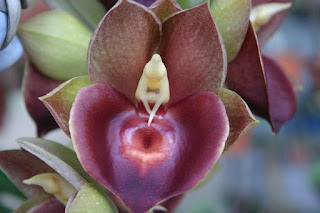 the last pic below is the appearance of this spie, it has a modified pseudobulb structure, with a roots on its own and later will give out new growth of its own. i had other catasetums with similar condition, but never one with modified pseudobulb that is developed enough to throw out a new growth. if this one manage to do so again, it will be the second one for this hybrid. 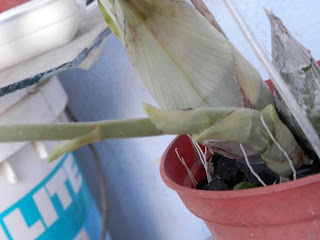 Posted by Catasetum_ian at 4:06 PM