after separating the mother for the first time, this is the first time this division blooms, in fact it is from the first growth.
so far this is one of my most favorite hooded catasetums. just love the shape of this flower, it appears to me that they are gracefully bowing down.
these are male flowers, evident by the presence of trigger pollina (often mistaken by a newbie for female because of the hooded appearance). these plants are huge, but this is my first division, the backbulb is almost three inches in diameter. i am hoping them to get bigger during subsequent growths. 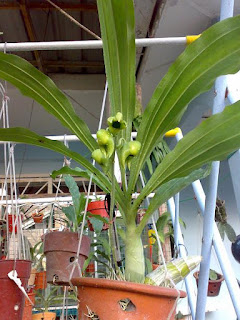 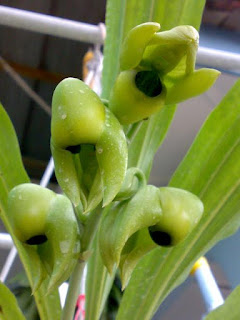 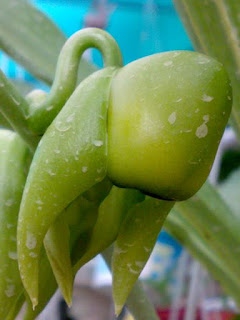 the last pic here shows the detail of the borders of the hood, smooth and round which differentiates it from catasetum maculatum, which is slightly rectangular and had a serrated edge. here also the trigger pollina is clearly visible with the antenna extending deep under the hood 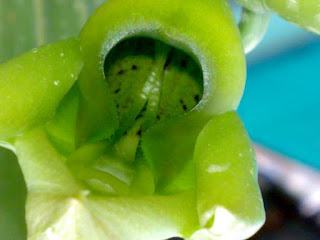 speaking of it, somehow i still had not earn a female integerrimum bloom yet. 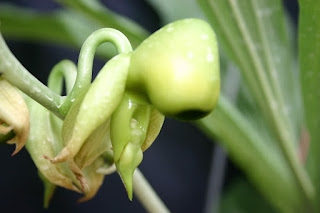 the last pic here, taken three days after bloom, showing the trigger pollina and also lateral view of the bloom 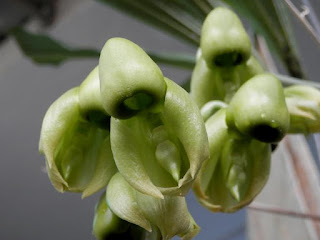 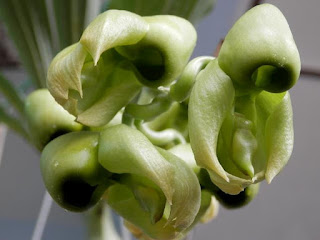 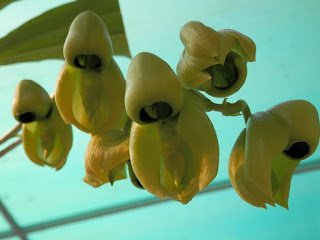 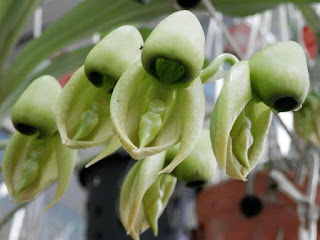 Posted by Catasetum_ian at 4:48 AM

Email ThisBlogThis!Share to TwitterShare to FacebookShare to Pinterest
Labels: intergerrimum 2