somewhere earlier in on of my post i had mentioned before about influence of lighting towards sex determination of catasetum flowers. here is one of my catasetum plant, the first spike if forming with two female flowers and before it blooms, i can see the emergence of the second spike. as always there is a shade house of mine where is would hang my catasetums plant during the hot spell of the months to get a male spike. here they would receive nothing more than 4 hours of sunlight but the area is bright enough.
during when i transferred this plant over, the female bud is just forming, and i had no idea that the reduction in lighting would have so much effect on the development.
in the pic you can see that this female had intense color and also formation of a unilateral trigger pollina; indicating it is a hermaphrodite flower. i did trigger the pollina but there were no pollen, it ejected out a stalk with the sticky substance as usual but without the pollen mass. 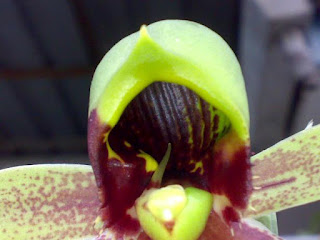 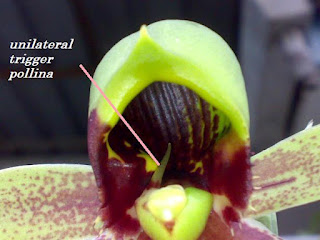 a final pic of a female bud (from another plant). you can see that the flower stalk are thick unlike those male flower that are thin. also here there is a darker green part of the bud which will later developed into the dome structure of the female flower. 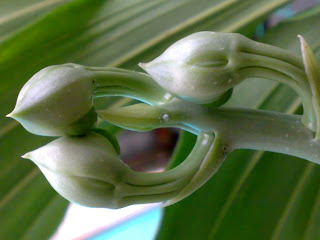 just some new update, tru hermaphrodite flowers that just flowered in my gardenn, from the frontal view, it looks like a male catasetum with the two trigger pollina, but from the side the large cap like structure of the female is truly visible. in addition to this, there are intense coloration of the labellum for these hermaphrodites.

the pic down below shows the large caplike structure, with the pair of trigger pollina as well 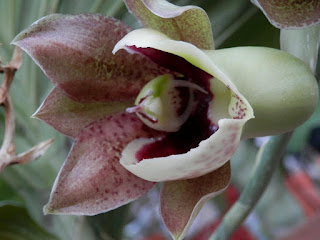 frontal view showing the intense coloration of the labellum, without looking at the cap structure, one would easily mistaken this as a male flower 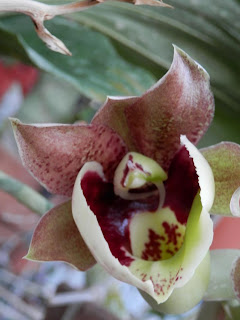 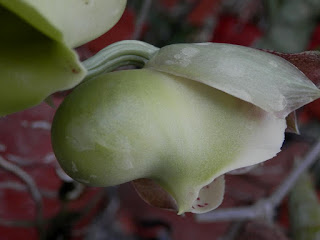 Email ThisBlogThis!Share to TwitterShare to FacebookShare to Pinterest
Labels: hermaphrodite