compare to when it first initially came, this time it put out a more vigorous spike compare to before. the plant came with a poor rooting system initially, still putting up a spike but generally the plant is weak. this is especially true by the slightly wrinkled appearance of the lead bulb even though the media is moist, meaning the roots are not working at full function.
immediately after the spike blooms, i did not even wait for the bloom to whither, i snipped the spike and all the roots off. in less than two months, new growth appears and subsequently giving rise to this current spike with 11 flowers. this is still consider a baby plant, for they can grow up to really amazing specimens carrying more than 50 blooms per plant.
the presence of the barbed like structure on the lips gives the plant the name ctsm cristatum but in reality, there is a lot of other catasetum species that have similar barb like structure and some are even classified together in the catasetum barbatum complex. the barbatum complex and their look alike relatives is the one i had the most difficulty to differentiate. namely the ctsm gladiatorium, ctsm lanciferum, ctsm barbatum and the list goes on. they look ALIKE to me, but in the eyes of an expert they have their differences. perhaps in time i will learn about it but i am sure now is not the time. 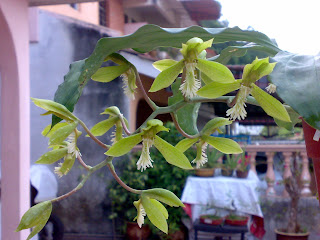 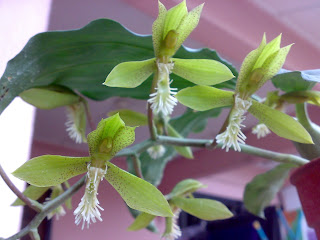 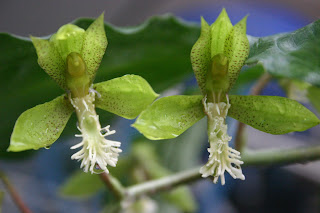 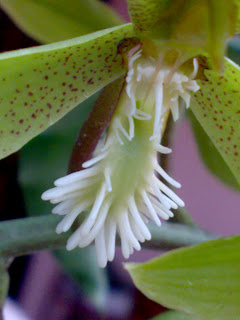 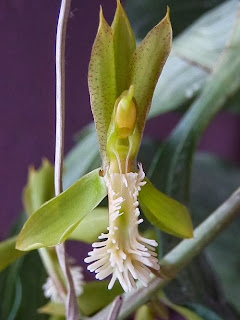 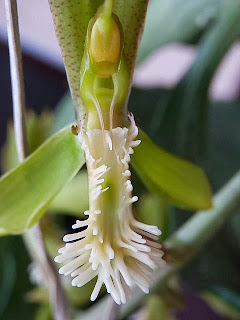 pic taken on 24/11/2017. so far this plant is still producing spike with 12 flower counts per spike every round. still struggling to get the plant to a higher vigor state 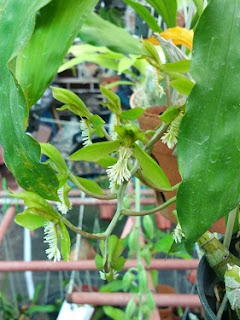 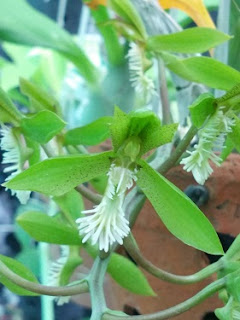 Posted by Catasetum_ian at 6:29 AM

Email ThisBlogThis!Share to TwitterShare to FacebookShare to Pinterest
Labels: cristatum 2